The Effect of Internet in Dumbing Society Essay 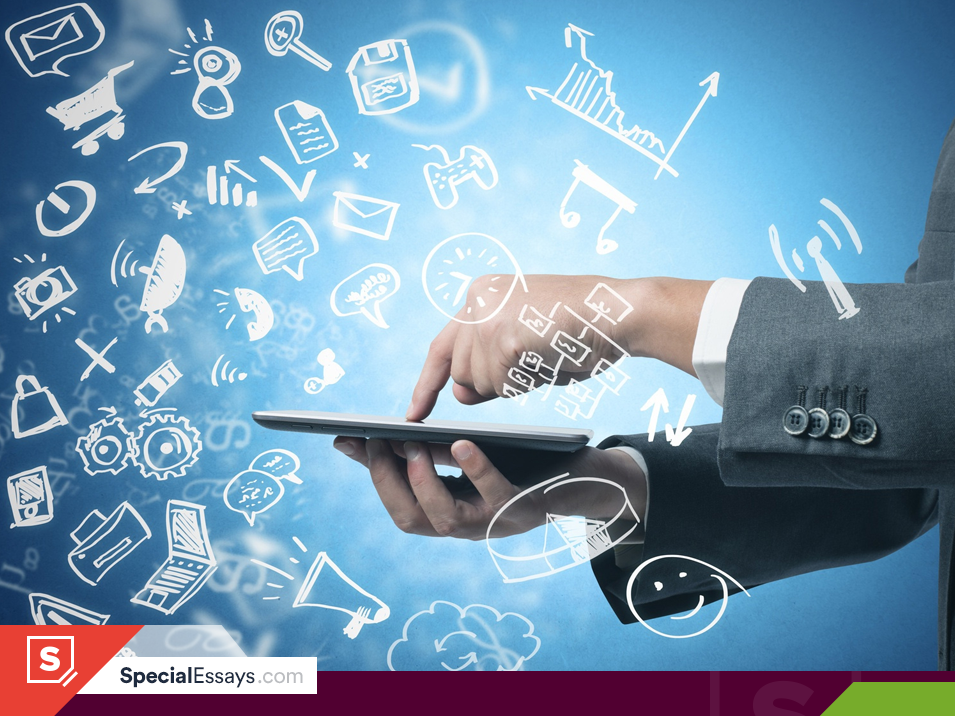 The Internet is making business transactions across the globe possible with a click of a mouse, which connects businesses and customers in one portal. People have access to wrong information, as opposed to the correct benefits associated with the connectivity that allows millions of people to meet virtually. These virtual meetings have promoted anonymity that encourages thriving of cyber-crime and misuses of both national and personal private information. The Internet has benefitted the society by opening up information that provides learning, business, and communication tools, but it still may have adverse effects in the form of cybercrime and infringement on critical thinking.

Access to the Internet allows people to get connected through their personal devices, which encourages sharing of ideas. This opportunity has enabled people from different cultures to integrate and seek to understand their common ground through the Internet. Moreover, people share information through the social networking platforms. This network has become the ultimate conduit of information flow that allows all people with access to get to know recent discoveries and scientific claims from the first-hand point of view (Carr, 2008). Therefore, the Internet is changing the way people think and react to various situations. For example, exposure to war graphics and information on the constant basis is the cause of the antipathy seen in many people. The society gets used to seeing violence and they accept it as a form of life without contemplating to question the process of thought used to evaluate the information. Carr (2008) admits that the Internet has opened up the society to share personal experiences, which allows sharing of knowledge. For example, “when I mention my troubles with reading to friends and acquaintances-literary types, most of them many say they’re having similar experiences” (Carr, 2008). People read online because it is convenient, and this practice has changed the culture of reading books. Thus, people are more willing to read online stories more than traditional books because of the convenience and interactivity associated with the using of the Internet.

Similarly, the Internet is not only a channel of information, but it also shapes the processes of thought (Carr, 2008). People benefit from the readily available information that connects business-to-business and business-to-consumer enhancing their communication. Furthermore, some schools use the Internet as a tool to work with the curriculum. The advent of the Internet has digitalized libraries from the former paper-based format. Now a whole university can operate from a single room as an access portal to electronic books. Moreover, the prices of the digital copies of books used in classes are cheaper than the hardcover materials that require printing. Students like the idea of using the Internet as a tool for classwork, as this method allows even absent participation through an online model of communication. Students can virtually attend classes and ask their teachers questions through the online platform. This trend has reduced the frequency of absenteeism in the modern classrooms since students can use a personal device to get in touch with the teacher or participate in any class activity.

The Internet has increased the capacity of people to process large quantities of information with minimal effort. A company can easily run a program that monitors the production and accounting processes through the informational feedback sequences. It becomes cheaper for the companies to employ fewer workers to handle production, which protects sensitive information from being copied by the competitors. Moreover, the intellectual capacity of the information technology age has made it possible to process information at a faster speed. Carr (2008) claims that the Internet as a medium of information processing has made it possible for the society to read the latest headlines of the newspapers and share with the help of the social networks right away.

According to Carr (2008), Google allows people to read and critically analyze the information. The bombardment of diverse ideas discussed using many threads on the Internet present half-truths. Moreover, personal views are more accessible in the discussion threads than true information that is crucial to the data seekers. Instead of the vital information, the Internet provides personal narratives and arguments that people spend hours going through without attaining their knowledge expectations (Carr, 2008). Moreover, many people waste their time surfing the Internet finding no particular ideas. It means that the Internet users end up reading wrong information that exposes their minds to the data that has no meaning for them.

Exposure to the Internet is decreasing the capacity of the society to critically read and analyze all sources of information found in the World Wide Web. Professionals complain of the difficulty to concentrate and read an online article and to understand every detail. Instead, people have adopted the habit of skimming through the articles because they have lost the ability to read “more than three or four paragraphs” (Carr, 2008). Seemingly, the Internet affects the mental and cognitive powers to absorb ideas from constant reading. A study of the habits exhibited by online article users asserts that they skimmed through the readings without gaining the basic information required to comprehend the topics. Moreover, online users hop from one article to another in an anticipation to gain more information but end up skimming through them without finding actual answers to their research. Google is dumbing the society, since it organizes data along an algorithm that considers the relevance of keywords, as opposed to the accuracy of the data. Google is mainly used by the money-making business ventures that benefit from the collected information to feed users with advertisements. Therefore, Google’s data-processing algorithm is dumbing the society with the help of companies that use the opportunity to run advertisements of their products. Therefore, the economic interest is distracting the society by engaging it in the “leisurely reading or slow, concentrated thought” (Carr, 2008).

You can get limited discount for your first order

Likewise, people lack instinctive skills, since the society is addicted to skimming through the articles without the guidance on how to interpret symbols, rhetoric, and speech. Cognitive studies indicate that people go online not to read, but to browse titles and abstracts only, and “it is clear that users are not reading online in the traditional sense” (Carr, 2008). It means that the society remains distracted from gaining ideas from articles they skim through without any proper mental connection. The understanding of basics requires the reader to use cognitive power to make a connection between what is presented and the actual reality by applying skills gained from information. The society’s instinctive skills of understanding the meaning of symbols and rhetoric used within the texts has diminished with time due to constant browsing activity. Therefore, the capacity of people to read deeply and gain insight is distracted by constant hopping from one site to another. This process disengages the society from the proper forms of knowledge. This is a worrying trend since it is not possible to gain skills by skimming through the publications without any mental connections to understand the deep meaning of information.

The Internet is encouraging cyber-crime, according to the cyberpsychology study that found out that 69% of online users “have seen people being mean and cruel to others on social network sites” (Rosenbloom, 2014). Online activities have increased hacking and stealing of sensitive information that is placed under the privacy protection. It becomes difficult to engage in open transactions, as companies and individuals must invest in the security systems to protect their information from intruders. No government has power over the Internet, since it is a data-processing technology used everywhere, and there is no proper coordination to ensure the security of online users. Therefore, the society must content with using the Internet, but must also invest in the security measures to protect their privacy and information from hackers and online users with malicious intends (Rosenbloom, 2014).

Get a price quote:

Internet automatically guarantees the much-wanted anonymity that allows people to misuse the online experience for their advantage. Rosenbloom (2014) states that “personal insults and harassing posts” are common on many official and social networking sites, where people tweet or share information that affects others. This trend is unlikely to end since the Internet grants an anonymous status that allows even close friends to use the opportunity to hurl insults. Rosenbloom (2014) admits that involuntary worry affects many people, who have been abused on the Internet. Moreover, prejudiced discussions are common on the social websites that may cause unconscious worry among the unsuspecting virtual users. The studies of the Internet claim that people can say anything on the Internet that they would restrain from in the face-to-face conversation. However, it is possible to benefit from the constant criticism of the Internet. “But let’s say the negative comment fails to induce self-psychologizing. Perhaps it can help you learn something about your work” (Rosenbloom, 2014).

In conclusion, the Internet is a powerful information processing device that provides companies, schools, and individuals with communication and learning tools. Similarly, the Internet has increased business transactions and enhanced the control of many companies’ processes by the online access to various procedures. Furthermore, processing and transferring of bulky data is easier to perform with the help of the Internet. However, the Internet is addictive and encourages the culture of skimming that restrains the society from understanding rhetoric and symbolism in texts and communications. The usage of the Internet has made it easier for people to integrate, but it results in cyberspace abuses that cause worry. Lastly, Google’s algorithm is an opportunistic business strategy that allows the company to sell data to the advertiser, which results in the poor rating of data, according to the accuracy of information.