In 2012, the members of the European Association conducted an anonymous survey among pilots. Almost half of the respondents admitted that they sometimes fell asleep from fatigue during a long flight. There also were several cases when both pilots were asleep. This job is hard and intensive. Every day, hundreds of people entrust their lives to the flight operators. It is very important for pilots to be full of energy and vigor, as a pilot’s error can cost somebody a life. This paper discusses the risks and causes of fatigue and the decisions that pilots have to make.

Causes and Risks of Fatigue

The main cause of fatigue among pilots is not physical tiredness. but the key factors are adverse climate conditions, like noise, vibration, unnatural air, and constant change in pressure. Also, irregular work schedule and long-term flights negatively affect the physical state of the pilot and disturbs their biological clock. In addition, frequent change of time zones leads to the failure of the adaptation mechanism. It shows in drowsiness, lethargy, weakness, and headache. Busy timetable can cause a sleep mode disorder, which leads to chronic tiredness, lack of sleep, and decreased attention span (National Research Council, 2011).

Get a price quote:

Fatigue can reduce alertness and cause improper monitoring of the orientation and the position of the plane in the air. It can also lead to the erroneous understanding of the control systems and incorrect assessment of the situation. Under such conditions, pilots can make the wrong decisions. It means that memory impairment, as well as lack of attention and concentration, are other consequences of fatigue that can lead to irreversible consequences. The landing of the airplane needs a special focus and the professionalism of the pilot. Research of crashes and other aircraft accidents detected a definite connection between the incident and the flight stage. The majority of incidents happened on the last stage of the flight, when the crew was already overworked.

One of the accidents demonstrating the adverse effect of fatigue took place on March 19, 2016. Boeing 737-800 owned by the company FlyDubai crashed in Rostov-on-Don, Russia. Sixty-two people died in that plane accident. Based on the decoding of the parametric data and voice recorders, experts have concluded that the pilot tried to raise the plane after an unsuccessful approach, but he lifted the nose of the aircraft too much, which resulted in the loss of speed and balance. The pilots of FlyDubai believe that the fatigue of the commander of the Boeing 737-800 contributed the aircraft’s downfall (Interfax, 2016).

The case that occurred in Alabama on August 14, 2013, is another example. A cargo plane Airbus A300 crashed. Two pilots were on board, both of them died. It is reported that during the approach to Birmingham airport, the ship went off the course, hit the ground, and exploded. The accident occurred about 2.500 ft from the runway (National Transportation Safety Board, 2014, p.5). Further investigation ascertained that the crash happened as a result of a merge of many factors, which ultimately led to unstabilized landing. Voice recorder data indicates that the pilots received a warning about the violation of the minimum safe altitude eight seconds before the collision with the ground. The recordings of the black boxes confirmed that the pilots had not passed the alarm signal to the terrestrial services of the airport. Flight recorders did not contain any information about engine failure (National Transportation Safety Board, 2014). Also, both crew members were discussing the problem of their tiredness shortly before the crash. Therefore, it is evident that pilot fatigue was a contributing factor of the catastrophe. UPS Airline did not agree with this part of the conclusions of the commission of inquiry and assured that both pilots had had enough rest.

Not enough time to create an assignment by yourself?

It is very important for pilots to make the right decisions. When a pilot is tired and distracted, it is hard for them to concentrate and focus on solving problems. Moreover, fatigue increases the reaction time, which is extremely important in critical situations. A tired pilot cannot perceive or remember any of the information received from other team members. They may also incorrectly interpret the set parameters (National Research Council, 2011) or inadequately assess the spatial position of the airplane. There may be some problems with reading the navigational status, which determines the location of the plane at a given moment, where it was before, and its future position. Moreover, the evaluation of the environment can be disrupted. It includes immediate objectives and potential hazards, such as aircraft, barriers during the landing or dangerous weather phenomena.

A bright example of impaired decision-making is the crash of February 12, 2009, when the Continental flight company 3407 went to a regular flight from Newark Liberty International Airport in New Jersey. Eight kilometers from the runway in the destination of Buffalo, New York, the plane lost speed and fell on a residential house. Fifty people died that day: two pilots, two flight attendants, all 45 passengers, and a local resident (Wald, & Robbins, 2009). The analysis of the black box data showed that the crew had not responded to the signals of the automatic speed control system, which warns the pilots that the aircraft is flying at a low speed. At some point, Captain Marvin Renslow lifted the nose of the plane, which led to further speed reduction. The crash report said that on the afternoon before the flight, both pilots had spent a long time driving to the airport and had had no other choice but to spend the night in a room for the crew and not in a hotel. Therefore, fatigue has been recognized as one of the causes of the crew’s inability to adequately and quickly react to the speed loss signal.

Earn 10% from all orders made by people you refer. Your people also get a 17% DISCOUNT on their first order. Help your friends letting them know about our services!

01. Remind your friends as often as you can

Fighting fatigue is an extremely difficult matter. There are a number of aspects that the pilot cannot control, for example, the number of working hours or the working conditions. Experts believe that efforts directed at reducingpilot fatigue should be the additional element of safety management systems (European Cockpit Association, 2012) as a tired man on board the plane is an indicator of the company’s management system failure. Today, this issue is actively discussed in the aviation industry, but to move forward effectively, there needs to be a clear policy in the field of managing the risks associated with fatigue. Specialists in the area of safety are sure that until the governments all over the world implement such a strategy, the carriers will not be able to fully take advantage of the new approaches to adapt the rules of work and rest under the individual operational features of each operator (European Cockpit Association, 2012).

However, there are some things that depend only on the pilot. These include taking care of their health and physical condition. Properly planned rest and good nutrition give a lot of energy. It should also be noted that programs such as training of the multi-course interaction crews (MCC) and training of crew resource management (CRM) can help. During the MCC and CRM courses, pilots are told about how to communicate with other crew members (Wagener & Ison, 2014). The attention of the pilots is focused on honesty and sociability. Of course, it does not directly help avoid fatigue, but it will help determine which crew member is in a stressful situation. More experienced members of the crew should indicate a tired person and help prevent the errors that could become fatal. If the pilot feels that he or she is falling asleep, he or she must notify the co-pilot who should take the situation under control. They should talk to each other and drink strong coffee or tea to stay awake. In addition, pilots must undergo regular medical examinations to determine their fitness for the job. In such cases, it is possible to detect the disease that could cause drowsiness and chronic fatigue. The doctor can evaluate their state of health and give recommendations if it is necessary.

at our service Your order will be assigned to the most experienced writer in the relevant discipline. The highly demanded expert, one of our top-10 writers with the highest rate among the customers. Hire a TOP writer for $11.55 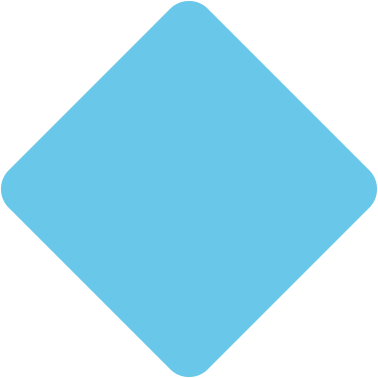 During the Chicago Convention in 1944, companies discussed the safety of flights (European Cockpit Association, 2012). As a result, they decided to set certain limits on the maximum possible number of working hours for pilots in order to avoid fatigue of the crew and increase the safety of passengers. However, since then, the problem of air-safety due to pilots’ fatigue has still been relevant. The solution to this issue is the most difficult in relation to long flights. Pilot fatigue problem has existed for a long time and concerns a lot of experts. The European Aviation Safety Agency (EASA) has recently proposed new rules for the European Union countries that impose restrictions on the duration of the pilots’ working shifts. All of these measures are taken in order to reduce the high risk of pilot fatigue that is present nowadays (European Cockpit Association, 2012).

The problem of fatigue among pilots is relevant. Every year, people die because of pilots’ tiredness. They unwillingly fall asleep during the flight. It is simply the defense mechanism of the body and not a demonstration of unprofessionalism. Busy schedule, lack of the rest, and chronic fatigue drain the resources and the health of the pilots. It makes them absentminded and disorientated, decreases their sense of fear, and leaves them without good judgment. The government should solve this problem together with the airline companies to create favorable conditions for work.

Check Out Our
Affiliate Program!

Your Friends Pay -
You Get A Paper